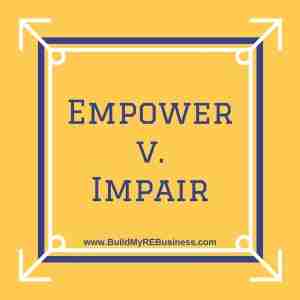 I’ve seen the movie “A Beautiful Mind” once. The movie is based on the unauthorized biography of Nobel Prize-winning economist and mathematician John Forbes Nash, Jr. John Nash created a concept called Nash equilibrium. Take a team of two or more players. The team is in Nash equilibrium if each player is making the best decision that he or she can, taking into account the decisions of the other players. Nash equilibrium has been used to study, e.g., whether people will take risks to achieve a cooperative outcome. A coordination game “Stag hunt” was used as an analogy for social cooperation. The bottom line is that people gain the most benefit if they cooperate and implicitly trust one another to act in a manner corresponding with cooperation.

In business, when you start building a pie, you get a pie. When you put a team together, you still get a pie. But a bigger one!

I rarely use absolutes like “all”, “every”, or “never” but I will use one now: no one succeeds alone.

The question is “When you will go build that team?”

And now think about what you do when it comes to getting things done. Do you impair yourself or empower yourself?

Take the mental aspect of Impair VS Empower. When you go home, what goes into your head? Do you watch mindless, thoughtless TV? How does your body feel physically when you watch that stuff? Does it feel weaker or stronger? Are you putting things into your mind that Impair you or Empower you? Turn off the TV. Spend AT LEAST 30 MINUTES A DAY READING SOMETHING WORTHWHILE. Read books about successful people; you can feel your body becoming empowered!

What about physically? Do you fill your body with drugs, alcohol and greasy, fatty, sugar-laden foods that Impair you or things that Empower you?

What about the other categories?

If you spend time empowering yourself, you become more powerful. You are able to get more done.

Now you can empower others.

That’s why you have to be careful who is on your team; who your friends are; who your colleagues are. When people from your surroundings or your team tell you that what you want to achieve is impossible, get rid of them. You don’t want to be impaired. You want to be empowered.

If I tell you my dreams or my goals and you tell me they are impossible, you are no longer part of my world.

The other four aspects of impair vs. empower question are physical aspect, spiritual aspect, emotional aspect, and financial aspect. So if you think that focusing on one of the aspects will get you where you want to be, don’t mislead yourself: one won’t work without the other.

Let’s go back to the subject of cooperation. Unfortunately, in school we were taught that cooperation is cheating: study by yourself, take test on your own. But the truth is that cooperation and collaboration is the key to success. It’s called Synergy. You can clearly see that during a football game. Do you know how many coaches a football team has? Now, how many coaches do you have? Can you put your ego aside and ask someone to coach you? Are you getting empowered or staying impaired?

Another subject I focus on is Leverage, or doing more with less. And one of the ways to accomplish that is with your team. Now think about impair vs. empower again. Do you impair or empower people on your team? Do you stop them from winning or you encourage them to win? Do you help them to win? Is their win your win? Is it ok for the people around you to win? If you don’t empower the team, then you get stuck being there. In other words, if you can’t leverage out your job to someone else, then you have that job for eternity.

I know that employees that work for me will come and I know that one day they will go. My goal is that when they leave, they leave more empowered than when they showed up. My job is not to impair them. My job is to empower them.

Same goes for your partners, business and life. If you are in a relationship where you need each other, it creates major disfunctionality. I, personally, don’t want to be needed. And I don’t want to be in a situation, when I need someone. The partners have to be together because they want to be together. It’s when humans start doing what they are pre-disposed to do: co-creating, which is the highest form of human evolution. You get together with another person or group of people and cooperate; you co-create something where before nothing existed. Find a partner who empowers you; not impairs. Find or crate a group that empowers, not impairs.

Now, next time you are about to do something, ask yourself this question before, “Will it impair or empower me?”

And remember to always be empowering yourself. And others. Then watch as things and people around you grow, flourish, prosper and become more and more empowered.

Now, let’s go out there and make it a better world.

Thank you for taking the time to read this! 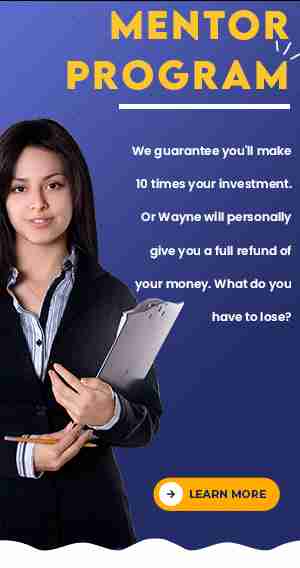